You are here: Home / About / New Career Path

After my third season in Finland, I worked hard during the summer again building websites for various people and companies but still not enough to call it a full business. So as the summer passed I found myself in a new country playing basketball in Spain. There it took me time because I had to learn a new language in order to live and survive. Unlike Finland where everyone spoke fluent and perfect English, Spain I found that all my teammates, coaches and practically everyone only spoke Spanish. A language that I did not study in high school or college. I took classes and courses in French but that did not help as they are quite different languages.

In my contract I was offered to take classes at the local university where it helped me a bit but I struggled a lot. The classes took away a lot of time to work on my business. Also it did not help that I did not have connection in home until November. In Spain, I learned that “manana” meant it would take weeks or months for things to get done at the time. I was not happy with the situation however it made me focus on the language.

Once the internet was finally installed in my apartment I begin to look for a type of business or extra work online. I stopped looking for clients at the time because I just had no clue how to find people to work for. In Decemember 2002, I found a new opportunity online where I would recommend people to sign up for a particular service and would get paid a commission through their sign up. I was very skeptical because I had to pay as well and I wasn’t sure how it was going to turn out or if it was a fraud. However, I took the risk of trying and promised myself that I would at least work back the initial cost of the business. I believe it was between $0.15 – $45, which wasn’t much but it was a risk. 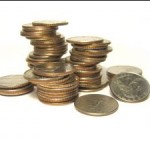 I worked very hard and I learned many things along the way about marketing, mlm, scams and persistence during this time. During the new year of 2003 I earned my first lead commission of $0.15 with this company and I was really excited.  I know its not much at all, well it was something. It gave me motivation to work and earn more and soon after two months I earned my membership fees at the time which I don’t remember. But I made it and things were looking positive that I could earn money online while playing basketball!

Things were positive and so I decided to look for more opportunities. I still had the goal of trying out for the WNBA and in fact did that summer however I was not chosen during the tryout camp. But I was discourage however excited about this new online opportunity.

There are many up and coming authors of reading material that have great content but, may not have the resources to get their book published … END_OF_DOCUMENT_TOKEN_TO_BE_REPLACED

How To Work On Your Masters While Playing Basketball Professionally? There are many professional basketball players that look down the road after … END_OF_DOCUMENT_TOKEN_TO_BE_REPLACED

Stay Up To Date