How To Organize Your Future After Basketball? 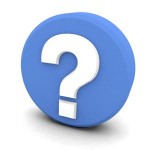 There a question that many professional basketball players ask themselves, “What am I going to do when my career is over”?This is a question that all players should be asking themselves.There are many opportunities that basketball players can get involved in when their playing days are over.Players have opportunities to get involved with team operations or as sports commentators.In many cases there have been players that have returned to their alma mater to become coaches or working in operations.There have even been players that have returned to school to receive their master’s or doctorate degree.

Players can start planning and organizing their future now while they are playing in the league now. There are some players in the league that have businesses that they may have a family member may be overlooking while the player is on the road. Some are conducting business while on the road there are many players that have management companies, such as Lebron James.James also has many other opportunities that he has going on that other players can easily jump into.This is why it is important for players to have a positive agent, that is not always about the money but also the future of the player he represents. There are some sports agents that are only in the business for the money and can care less what a player does after basketball. 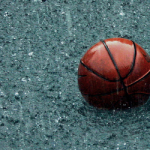 After basketball this is when a player’s college degree or degrees should kick in.That is the purpose for the courses that players took in college.Many players may have had career goals when growing up aside playing basketball for instance, a player may have wanted to become an engineer and majored in engineering in college.With the money a player may have saved after a basketball career it is possible that he/she can start an engineering company and bid for government contracts and make money in that field.For those who jumped to the professional league without graduating from college can still go to college while playing basketball.There are many resources that will enable a player to receive their college degree while playing basketball.College intellect is preparation for the real world and that is a main factor that any player should recognize when it comes to the end of their professional career.

Many players in the professional league usually turn to commentating games after their career is over. This is showing that they have taken classes in broadcasting or have a degree in journalism or mass communications. This is why a college education is important and can be of great assistance for players organizing their future after basketball.

There are many up and coming authors of reading material that have great content but, may not have the resources to get their book published … END_OF_DOCUMENT_TOKEN_TO_BE_REPLACED

How To Work On Your Masters While Playing Basketball Professionally? There are many professional basketball players that look down the road after … END_OF_DOCUMENT_TOKEN_TO_BE_REPLACED