You are here: Home / Career / How To Start An AAU Basketball Team? 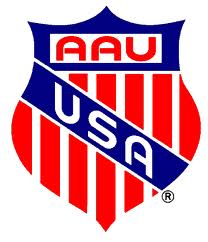 Many players and coaches in the game of basketball have participated in many organizations to gain recognition. There is one organization that has been recognized by the NCAA teams and many pro scouts, is the Amateur Athletic Union (AAU). The AAU is an organization that gives players of all ages in the United States a chance to showcase their potential in many events hosted by the AAU. This organization is recognized by teams from all over including internationally. The AAU has a history for being a huge part in many players career. AAU basketball leagues ranging from 8 & under to its senior league which player must be at least 19 years old. Many NBA players have gained exposure by participating in AAU like Allen Iverson (VA), Dwight Howard (GA), Patrick Ewing and many more NBA stars.

There are many advantages when it comes to starting your own AAU basketball team. Many AAU teams are coached by someone that has knowledge of the game such as a coach of local high school or former basketball player in your local area. Many AAU coaches got their teamed organized for a child and has continued to participate in AAU competition. There are many benefits that come with starting an AAU team if coaching is what you would like to do AAU is a good stepping stone to get exposure. There are many college scouts that attend AAU events scouting players for their program. In some instances many are there to observe the coach as well the players. By participating in AAU functions coaches and players have the chance to add new contacts to their basketball network. This is an experience for both the players and coaches that can take them to another level.

You must form a club name and apply for club membership with the AAU that ranges from $30 to $300. There is a maximum amount of 15 players and 4 non-athletes (coach, manage and personnel) that will represent your AAU team. Many coaches have multiple functions, for example the coach may also handle the administrative duties and also be a tournament director. There are fees that must be paid to obtain membership to the AAU. Membership prices range from $12 to $14 for athletes and $14 to $16 for non-athletes. There are also fees for participation in AAU Basketball tournaments (invitational, district, regional, national) that range from $150 to $600. When participating in the AAU you should consider searching for sponsors or holding fundraising events. Coaches also have to come up with funds that should cover uniforms, basketballs, travel expenses, a gymnasium for practice, and supplies. You can get supplies from your local sporting goods store that will possibly sponsor your team. So if considering starting an AAU team you are not only giving players an opportunity to play their favorite sport you will also be getting them the exposure they need.

There are many up and coming authors of reading material that have great content but, may not have the resources to get their book published … END_OF_DOCUMENT_TOKEN_TO_BE_REPLACED

How To Work On Your Masters While Playing Basketball Professionally? There are many professional basketball players that look down the road after … END_OF_DOCUMENT_TOKEN_TO_BE_REPLACED

Stay Up To Date