You are here: Home / After Basketball / Ex-NBA Pro Athletes Bankrupt 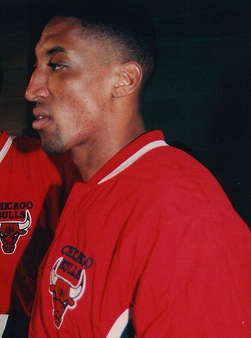 The purpose of my website is to educate and of course guide you to making the best decisions possible. Recently in the news, ex-NBA stars such as Scottie Pippen and Latrell Sprewell had there times of financial crisis. After basketball there is so much ahead of you! Planning is very important and making smart decisions is the key to staying out of these situation. Here are the stories of players who’ve had problems gathering it together after their pro basketball career was over.

Look up the word “shortsighted” in the dictionary and you will see a picture of Latrell Sprewell. He famously turned down a $21 million contract because he said it wasn’t enough money to feed his family. Sprewell, who made over $96 million during his career, lost his $1.5 million dollar Italian yacht, named “Milwaukee’s Best”, in 2007. According to MSNBC, a U.S. marshal seized the yacht after Sprewell defaulted on his mortgage. His $5.4 million house went into foreclosure in May 2008. Don’t blame Sprewell for turning down the three-year, $21 million contract though. I mean really, who could live off a measly $7 million a year?

I do know that the NBA currently has a program for ex-NBA players and their transition after basketball. It is important to have path or at least a mentor to help you find your new career.

There are many up and coming authors of reading material that have great content but, may not have the resources to get their book published … END_OF_DOCUMENT_TOKEN_TO_BE_REPLACED

How To Work On Your Masters While Playing Basketball Professionally? There are many professional basketball players that look down the road after … END_OF_DOCUMENT_TOKEN_TO_BE_REPLACED