You are here: Home / Career / Coaching / How To Become A Professional Basketball Coach?

Many coaches that have climbed the ladder to the professional leagues have educated themselves every chance they can.  There are coaching clinics and conventions that held during the off season and not only educate coaches but gives them a chance to network with other coaches and scouts.  Believe it or not there are scouts that also attend coaching clinics and conventions to help scout for team owners in search of a new coaching staff.  There are many off season opportunities that can help a coach reach the professional level such as volunteering for summer league coaching where many scouts attend to watch up and coming players and participating in summer camps. 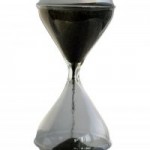 Exposure and statistics play a he role in a coach reaching the professional level.  Majority of team owners in the professional leagues solely look at a coach’s stats to see if he can take the team in a different direction and also boost ticket sales.  This is a business that team owners must run and they need a coach that has stats to back up his character.  Winning is the most important issue that all team owners care about aside boosting ticket sales.  Many coaches left the collegiate level and went to the professional level as an assistant coach and were promoted to team interim coach.  Some coaches that were interim coaches were able to turn the team in a different direction and were hired as the head coach.  After becoming head coach of one professional team and have the stats and reputation to back up your coaching skills, still faithfully attending professional coaching clinics and meeting more people in the business you will always have a job on the professional level.

There are many up and coming authors of reading material that have great content but, may not have the resources to get their book published … END_OF_DOCUMENT_TOKEN_TO_BE_REPLACED

How To Work On Your Masters While Playing Basketball Professionally? There are many professional basketball players that look down the road after … END_OF_DOCUMENT_TOKEN_TO_BE_REPLACED